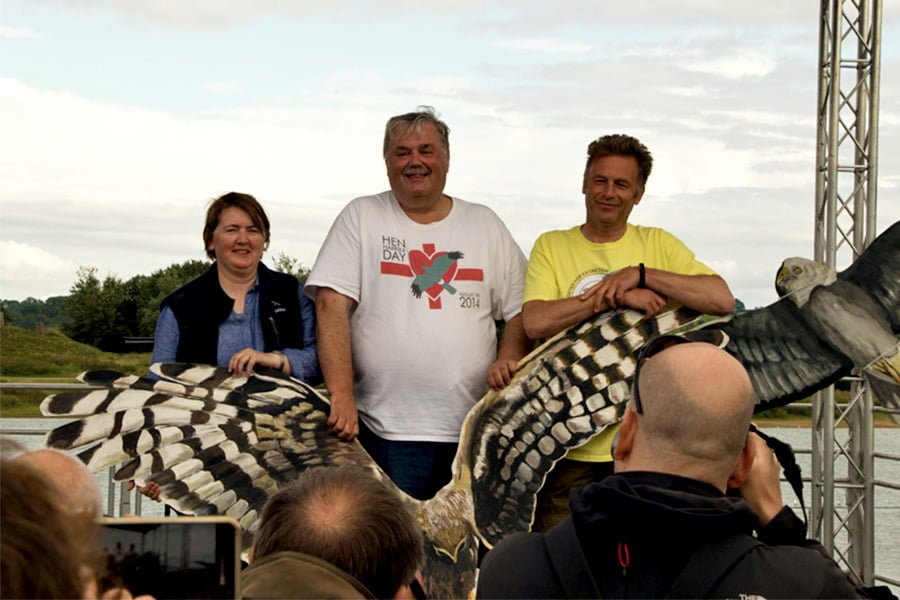 Clare Gower, TEP Ecologist attended the 2019 Hen Harrier Day at Carsington Water Visitor Centre in Derbyshire, organised by Wild Justice.  For the last five years this event has been highlighting the persistent illegal persecution of an iconic and increasingly rare bird of prey, the Hen Harrier.

The Hen Harrier is a native bird of the British Isles and breeds in our uplands and moors.  It is sometimes called the ‘Skydancer’ because of its stunning acrobatic displays in the breeding season, and the beautiful males are often referred to as ‘Grey Ghosts’, due to their distinctive pale grey colouring with black wing tips.

The Hen Harrier is one of the most persecuted birds of prey in the UK.  It is relentlessly shot & trapped on many grouse moors, despite being legally protected. They often live and breed in protected areas and yet the law is rarely upheld when it comes to their illegal persecution, primarily by the grouse shooting industry.

In England alone there is the potential to have over 300 pairs of breeding Hen Harriers but last year there were only 14 nests – and this was considered a success. Furthermore, many of the young birds don’t even make it through their first year, with reports still coming in of them being killed or disappearing.

Despite the rain, over 1,500 people attended the event, all passionate about protecting our native wildlife.  The day boasted a wide array of informative and illuminating speakers including: the three founders of Wild Justice (Mark Avery, Ruth Tingay and Chris Packham); children’s author of ‘Sky Dancer’ Gill Lewis; conservationist and TV presenter Iolo Williams; the Derbyshire Wildlife Crimes Commissioner; the Police Superintendent of Bedfordshire Police’s Operation Owl, Nick Lyall; representatives of Derbyshire Wildlife Trust and the RSPB including the Head of Investigations RSPB Scotland; and many more.  However, the pinnacle of the day was the four children who recited their own beautiful and emotive poems calling for an end to their mistreatment.

“It was heart-warming and encouraging to see the increasing number of passionate and inspired people attending the event this year. All of whom were willing to stand up for our native wildlife – particularly the iconic and stunning Hen Harrier!”