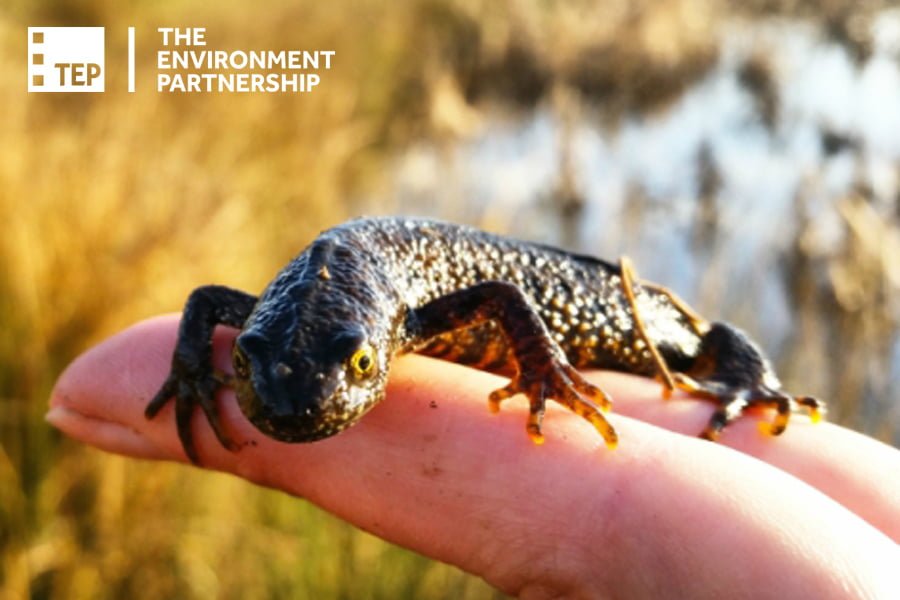 TEP is celebrating the award of two great crested newt mitigation licences from Natural England within days of each other.  Both have been awarded for schemes in Cheshire where the licensing options available to developers are now varied and complex.

The second scheme is a multi-phase commercial development in an area with a large population of great crested newts.  This scheme is delivering 2ha of on-site mitigation in combination with 4.5ha of off-site mitigation under Natural England licensing Policy 2.  Only one great crested newt pond is being lost yet five are being created on site, with a further seven off-site.  Both mitigation sites will include diverse new terrestrial habitat for great crested newts.  The development is also located within one of Cheshire District Licensing’s “Red” zones, meaning district licensing cannot be used as there is a presumption against development, further adding to the licensing challenges!

Both schemes have taken a number of years to reach this stage and have benefitted from Natural England’s Discretionary Advice Service allowing TEP to engage with Natural England at an early stage and to agree the mitigation in principle prior to submitting the licence applications.  In both cases clients have been really responsive to the needs and requirements for great crested newts, showing that early engagement with both the client and regulator can yield excellent results for the species and promote development with “biodiversity net gain”.