The Lion, the Newt and the Dragon 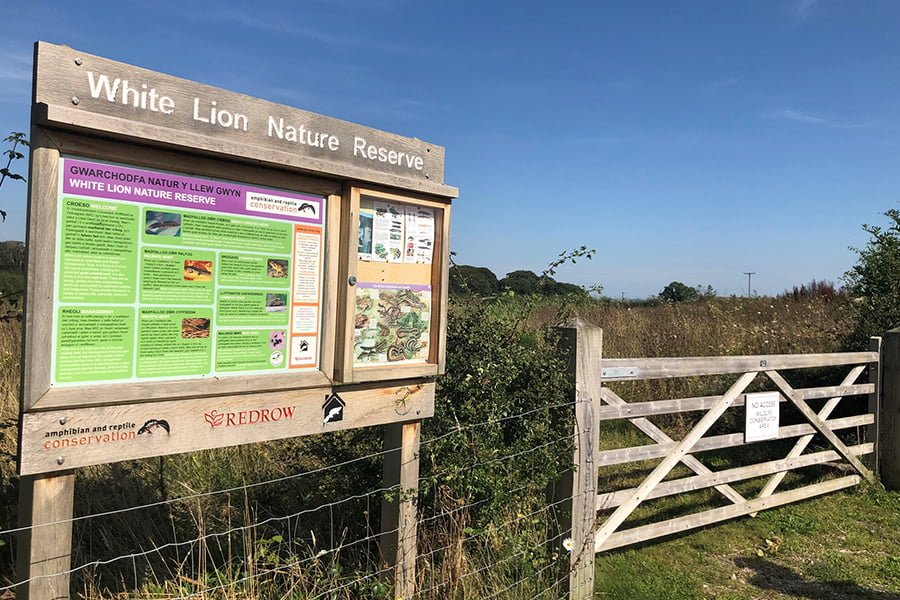 In the land of the Welsh dragon, a nature reserve for great crested newts that was named after a local pub, the White Lion, has just been recognised as the Biodiversity Project of the Year.

The award, given by CIRIA, the leading construction industry body, was made to Redrow Homes and the Amphibian and Reptile Conservation Trust (ARC). TEP was the ecological consultant to the scheme and designed the nature reserve, which includes ponds and wildflower meadows.

The nature reserve forms part of a new housing development at Penyffordd, in North Wales. Originally the land was part-quarry, part farmland and included a roadside pub that had closed down. TEP’s surveys found great crested newts in such numbers that a conservation scheme needed to be drawn up. A 2 acre reserve was created in 2015 and newt numbers have increased six-fold since then. As well as the design, TEP also wrote the habitat management plan.

Redrow has a long-standing relationship with ARC, through joint working in North Wales, so it was an easy decision to hand over the management of the reserve to them, and ARC have involved the local community greatly. As Nicola Johansen, Redrow’s sustainability manager explains, “It wasn’t actually a planning requirement to create a nature reserve, we could have just implemented a private pond creation scheme. But our aim was to create a new development with a lasting legacy. Legacy issues were considered from the outset to maximise the health and wellbeing benefits of nature. We ensured this was not only a location to live but a green space haven with immeasurable public benefit”

CIRIA’s award judges shared this view about the legacy value of the work and noted they were also impressed with the partnership approach, the community centred focus and the ecological outputs.