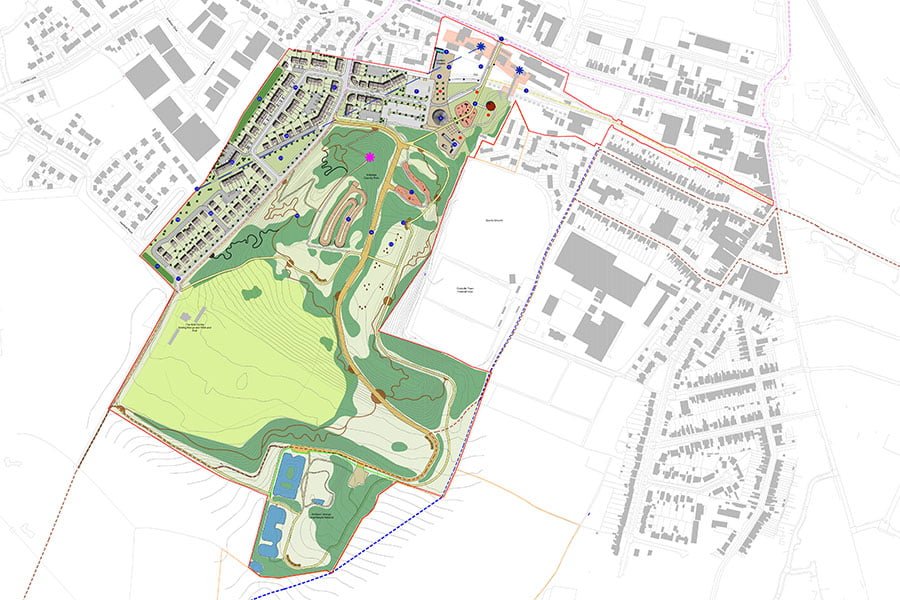 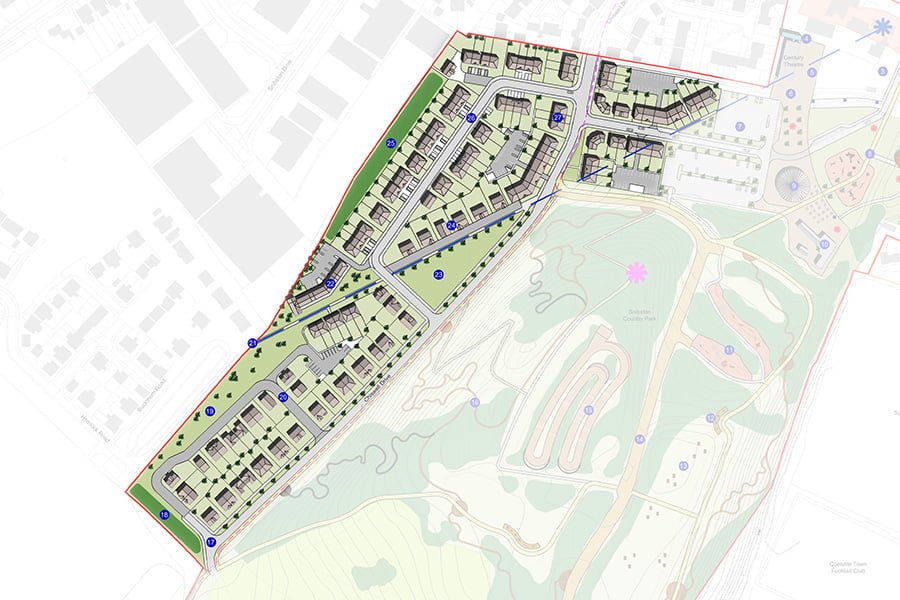 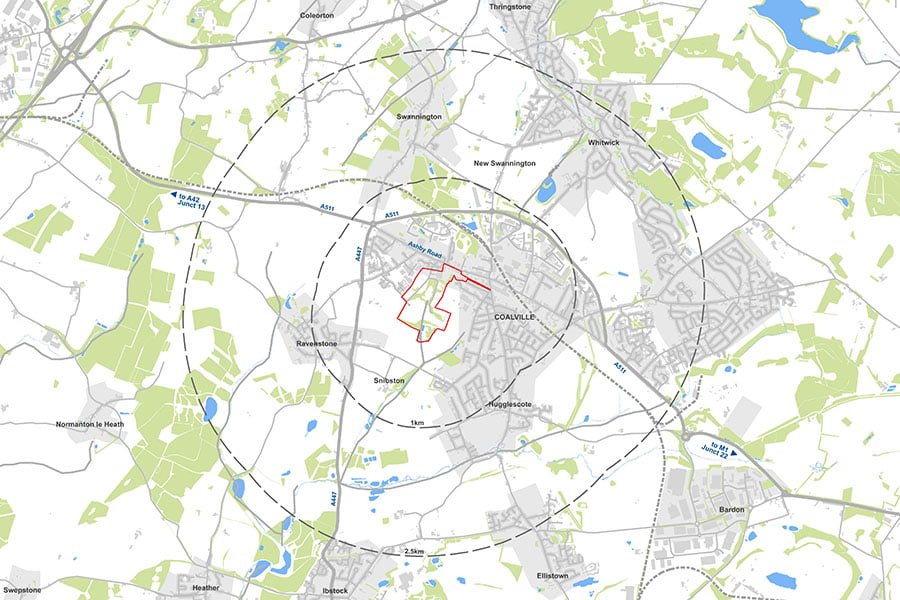 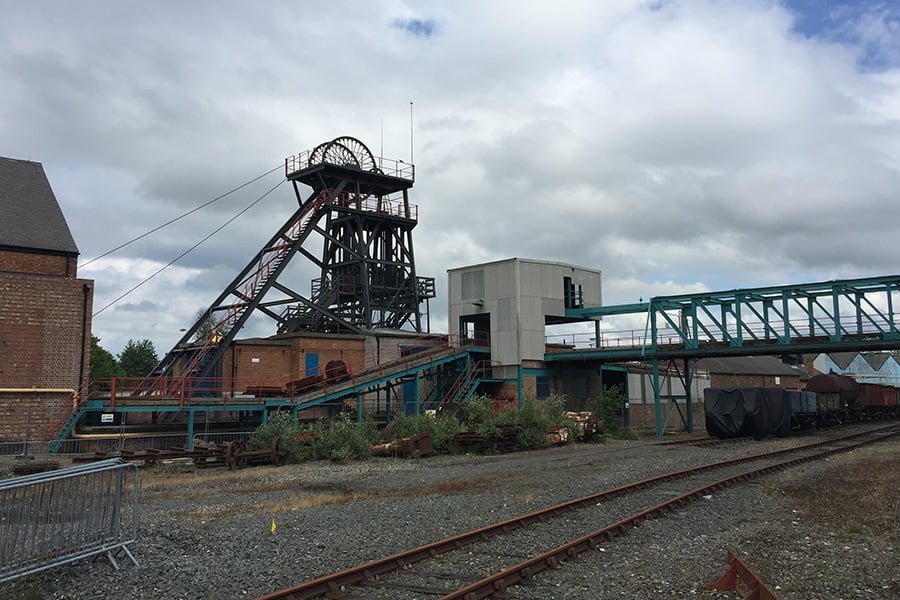 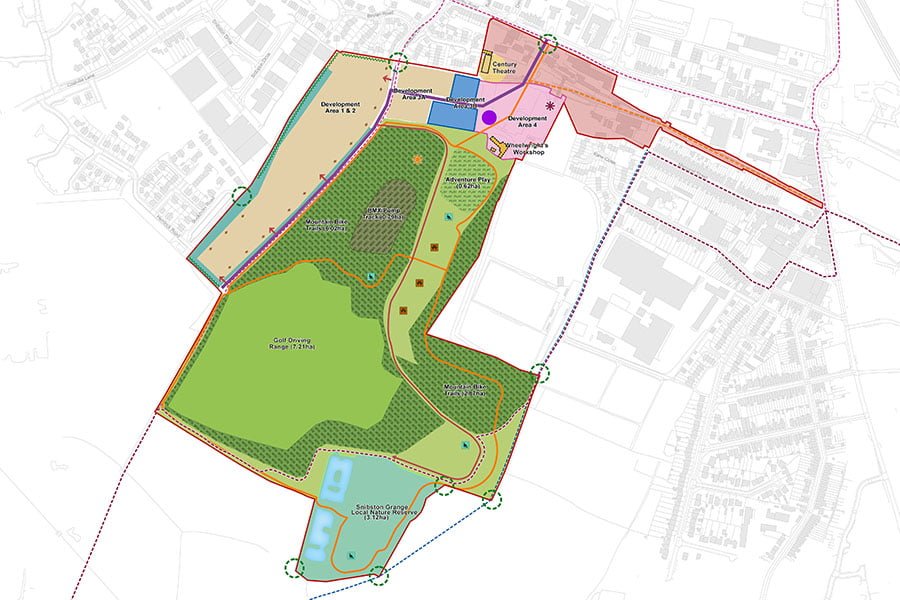 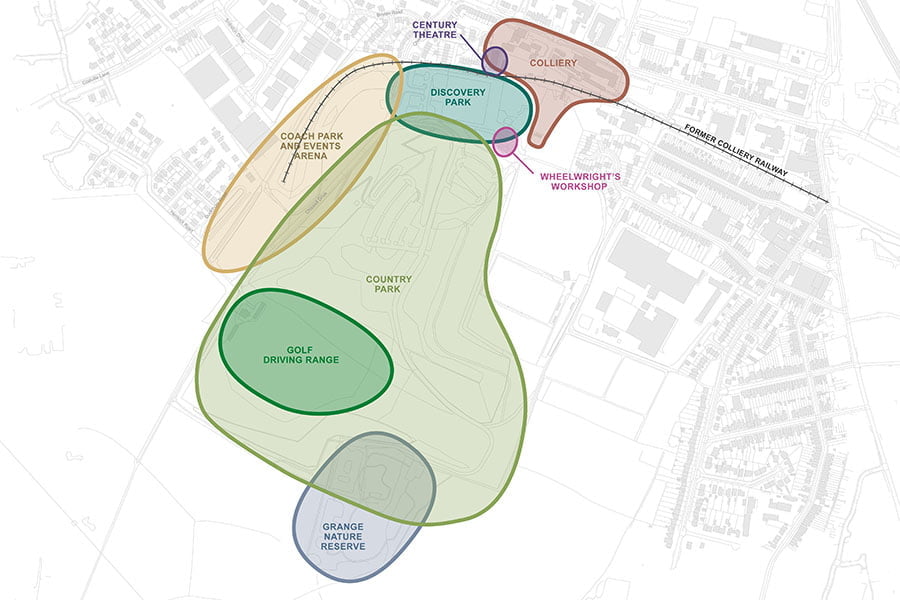 The scheme has delivered the Colliery Cafe, Snibston Heritage Trail focused around the former colliery headstocks which are a Scheduled Ancient Monument, a ‘mining’ themed play area, 4km ‘blue grade’ mountain bike trail around the colliery spoil heap, mountain bike skills area, a bike pump track and cycleway connection to the town centre; all set within the 40-hectare country park and former colliery.

TEP developed the vision document and masterplan for the heritage and recreation destination, which secured planning permission in 2018. Working closely with LCC, North West Leicestershire District Council and English Heritage, TEP delivered the proposals and further developed the detailed landscape design to discharge planning conditions and secure the design and build contractor for the café and park.

The former mining site, once out of bounds to the public, is now a visitor-friendly haven with visitors greeted by rare surviving colliery buildings and machinery that form the Snibston Heritage Trail. The site also includes the Century Theatre, Britain’s oldest travelling theatre.

TEP led on town planning, masterplanning and landscape design, and also carried out ecological, arboriculture and heritage assessments which pro-actively informed the masterplanning and environmental appraisal of the scheme. Supported by Buttress Architects, Curtins Transport, BE Group and BWB during planning and up to RIBA Stage 3. TEP continued work on the project supporting A+G Architects and the contractor Fortem to RIBA Stage 4 and 5 detailed design and construction.

County Council Leader Nick Rushton said “This has been an ambitious but carefully considered regeneration project. Not only does the site honour its mining heritage roots, but it’s also a commitment to the future, securing long term benefits for the local area. The redevelopment of this site intended to make the park more attractive with lots of different things to discover with something for everyone. We are delighted it is now open and we look forward to seeing visitors enjoying everything it has to offer for years to come.” 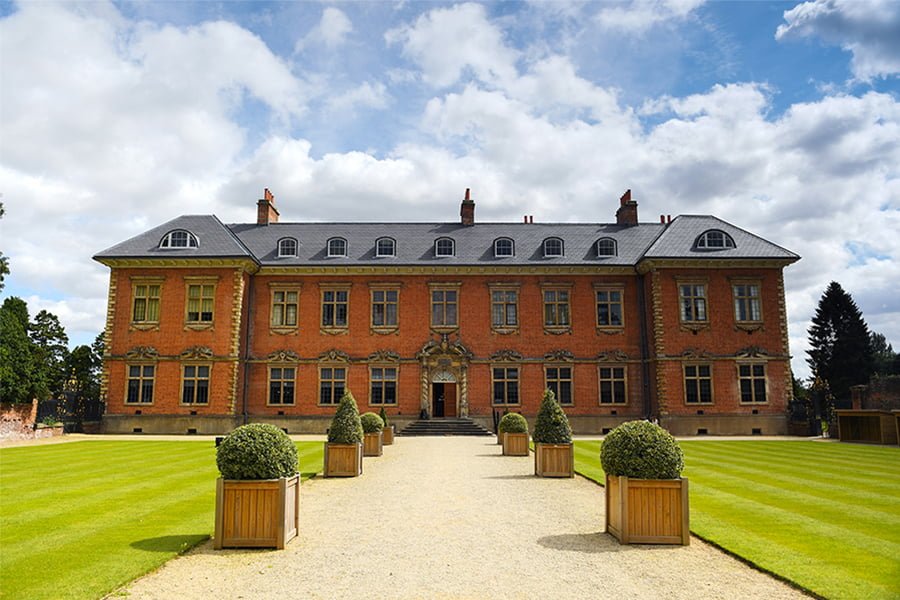