From Grey to Green: Biodiversity in Greater Manchester 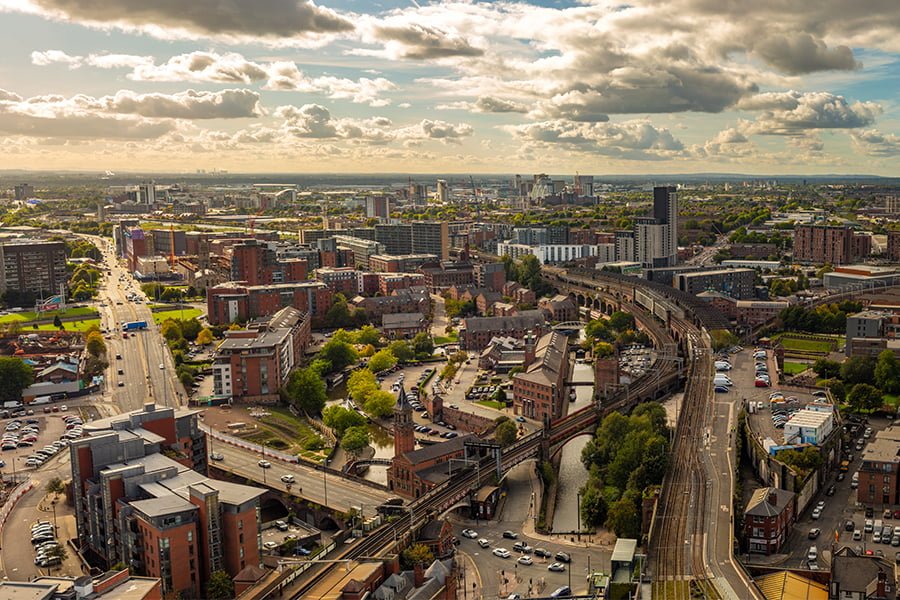 The UK is said to be one of the most nature-depleted countries in the world, so on International Biodiversity Day, we take a look at the prospects for nature in a growing city-region.

Greater Manchester has a vision to be one of the best places in the world. Part of its vision is to be “a place at the forefront of action on climate change with clean air and a flourishing natural environment”.

To assess the current state of the natural environment, TEP has developed a system, using open-source data, which estimates biodiversity units (BU’s) present at a landscape scale. A BU is measured using Defra’s Biodiversity Metric 2.0. The number of BU’s on any piece of land depends on the habitats present, their quality, condition and connectivity. For example, a species-poor road verge or playing field would have only 2 BU’s per hectare, whereas heathlands, reedbeds, mature native woodland can score over 20 BU’s per hectare.

We estimate that Greater Manchester has 766,000 BU’s, an average of 5.8 BU’s per hectare. Amongst the ten constituent local authorities, Oldham has the greatest score (139,416) and Manchester City the lowest (38,613).

As part of our study we have summarised our findings in a 10 page briefing note. In our second part, due in June 2020, we will take a look at how a 10% uplift in biodiversity could be achieved and the role that development might play.

To register for an advance copy of our June 2020 briefing note or to find out more details on our research, contact GIS@tep.uk.com