The Climate Crisis: What Happened at COP26 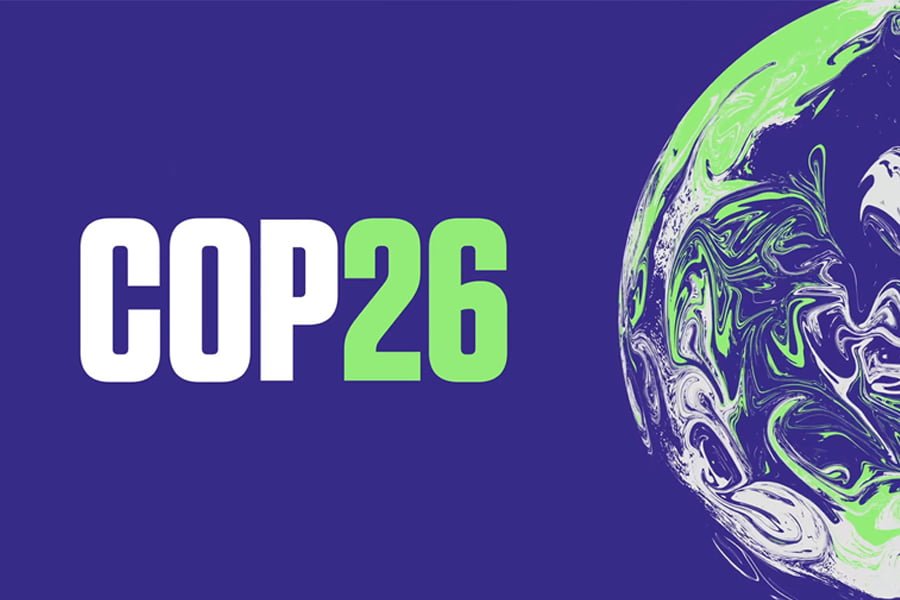 Last Friday saw the conclusion of the 2021 United Nations Climate Change Conference, more commonly known as COP26 (Conference of the Parties), after almost two weeks of discussion in Glasgow. The highly anticipated event, which was postponed in 2020 due to the COVID-19 pandemic, started on 31 October 2021, making it close to two years since COP25 back in December 2019.

Since COP25, the world is virtually unrecognisable, with the pandemic having a drastic impact on how we live, work and socialise. Due to the event’s delay and the continued battle against climate change, COP26 attracted significant media coverage and public attention, ranging from who would be attending to what was being said.

Going into the event, there was a consensus that the planet is now at an environmental crossroads and without stronger national commitments, there is a risk of crossing irreversible tipping points in the Earth’s climate system.

“In my lifetime, I’ve witnessed a terrible decline. In yours, you could witness a wonderful recovery,”

In the build-up, COP26 was dealt numerous blows to its significance, as Russian Prime Minister Vladimir Putin and Chinese President Xi Jinping confirmed they would not be attending the event, citing concerns regarding the spread of COVID-19. On top of this, the event was met with scepticism by climate change activist Greta Thunberg and even Queen Elizabeth, who was overheard sharing doubts regarding COP26 when a microphone picked up a conversation she was having with the Duchess of Cornwall.

However, the conference was attended by over 100 world leaders, including British Prime Minister Boris Johnson, French President Emmanuel Macron, and most notably United States President Joe Biden, who reversed the decision of former President Donald Trump to withdraw from the 2015 Paris Agreement and re-joined the treaty after his election win in November 2020.

The summit had four key objectives, these being:

Over the 12 days of discussions, here are some of the main takeaways from each day of the event:

The biggest talking point of Day 1 centred around an announcement from Prime Minister of India Narendra Modi, who pledged that his country will meet a target of net zero emissions by 2070. He also committed to India getting half of its energy from renewable resources by 2030.

Day 2 saw an announcement from European Commission President Ursula von der Leyen that around 100 nations and parties have signed on to a global pledge to cut methane emissions by 30% of 2020 levels by 2030. Along with this, more than 40 countries, including the UK, US, India and China, as well as the EU, backed the first international commitment to achieve “near-zero” emission steel production by 2030.

And the commitments for Day 2 didn’t end there either, as the US, UK, France, Germany and European Union declared they will help fund South Africa’s transition away from coal, along with talks regarding a big pledge to end deforestation by 2030 continuing from Day 1.

More than 20 countries and financial institutions vow to halt all financing of fossil fuel development overseas and divert the estimated $8bn a year to green energy. Along with this, hundreds of the world’s biggest banks and pension funds committed to a key climate goal, known as the Glasgow Financial Alliance for Net Zero (GFANZ), which means that by 2050 all assets managed by the institutions will be aligned with net zero emissions.

Described as a “Historic Breakthrough” by climate finance expert Iskander Erzini Vernoit of E3G, twenty countries agreed to end financing for fossil fuel projects abroad. As aforementioned, several countries had already agreed to end international financing for coal, but this agreement is the first of its kind to include oil and gas projects as well.

Day 5 of the summit was subjected to protests through the streets of Central Glasgow, with activist Greta Thunberg attending and describing COP26 as a failure and a PR event.

Known as Nature and Land Use Day. A total of 45 nations signed on to a new Policy Action Agenda, designed to help policymakers make the necessary changes to deliver a food system that is not only low-carbon and deforestation-free, but that supports farmers and others across the food chain. Along with this, a Global Action Agenda on Innovation in Agriculture was signed by the same 45 nations. Plus, more than 100 other organisations including businesses, research institutions, farmers groups and regions and states also signed. The agenda’s focus is to leverage more than $4bn of public investment in innovations such as climate-resilient crops, digital technologies and solutions that improve soil quality.

Former US President Barack Obama made an appearance at COP26 and urged world leaders to “step up now”, as well as criticising China and Russia for a “dangerous absence of urgency” after their leaders’ declined to attend the summit. Other conversations were had regarding the impacts of extreme weather conditions and the responsibility of richer countries to help those under more financial pressure.

Day 9 of the Conference saw the world’s most respected climate analysis coalition, the Climate Action Tracker (CAT), announce that temperature rises will top a disastrous 2.4C by the end of this century. This is despite the short-term goals countries have set out at COP26 and well above the 1.5-degree limit that scientists say the planet should stay under. Day 9 saw further hurdles as COP26 delegates expressed unease about the lack of progress made in discussions, with only four days to go before the official end of the conference. However, some good news came as all four UK health secretaries pledged to build climate-resilient health services, alongside 46 other countries making similar commitments.

A surprise press conference between China and the US took centre stage on Day 10 of COP26. In a joint statement, the two superpowers promised to cooperate more and hoped for the success of COP26. Day 10 was also known as transport day and saw protesters advocate for better public transport and a greater focus on sustainable transport modes such as cycling and walking, which were largely overlooked by officials. Along with this, further frustration was found as Germany, China, Japan, South Korea and the United States did not sign a declaration proposed by the UK COP26 presidency. The declaration was to get governments, manufacturers and investors to promise to “work towards all sales of new cars and vans being zero emission globally by 2040, and by no later than 2035 in leading markets”. Toyota, Volkswagen, BMW and Nissan also refrained from signing.

As the summit drew to a close, optimism was waning, as UN secretary general António Guterres criticised the lack of ambition at COP26, just the day after the US and China announced their agreement to help cut emissions. A poll was also published on Day 11 which found that fewer than one in five Britons think politicians will get the job done. Former Australia COP negotiator Richie Merzian was critical of his country’s contribution to COP26, stating all they had brought to the summit was “good coffee”. However, scientists spoke on Day 11 warning that although the speed of action was worrying, they believed world leaders were listening to the need to act.

On this final day of negotiations, an updated draft of the COP26 deal urged developed economies to “urgently and significantly scale up their provision of climate finance, technology transfer and capacity-building” to help developed nations adapt to climate change. The seven-page text, which must be agreed by all delegations attending the talks, also called on an accelerated phase out of coal and fossil fuel subsidies. However, after two weeks of deliberation, there was a last minute setback. China and India wanted to reopen a vital clause in the agreement that enjoined countries to “phase out” coal-fired power generation. The two countries were adamant: a phaseout was unacceptable; but a phase-down, implying a longer-term future for some coal at least, was the most they would sign up to. Eventually, long past the official deadline of 6 pm Friday, the deal was agreed, as COP President Alok Sharma accepted China and India’s demands, despite being “deeply frustrated” according to an aide, but said it was the only way to protect the overall deal.

Despite the intentions of the summit being positive, some key commentators are saying that the summit has not locked in enough firm commitments to tackling climate change, with the delay of approval for the draft COP26 deal adding to this opinion. The next time COP attendees will be gathered again after today will be in Sharm El-Sheikh, Egypt, for COP27 in November 2022.

Whilst COP26 has identified and will look to resolve climate issues on a global scale, it is at a national, regional and local scale where these commitments will need to be addressed. As climate change indicators show, there can no longer be a “passing of the buck” and each proposed project has to take account of the wellbeing of our planet.

TEP’s vision has always been to create a sustainable future; not only through the design and planning of developments for clients but also through the actions of the company. TEP became the first UK environmental consultancy to become carbon neutral eleven years ago and we are now working towards a net-zero status.

TEP’s ethos has been embedded in a number of projects that have won awards for their sustainable design and outside the box thinking.  The following examples have won awards in the last two years:

If you are interested in building towards a more sustainable future or just want some friendly advice, please get in contact by emailing tep@tep.uk.com or read some of our previous articles:

Development and Biodiversity in Greater Manchester

Climate Change and The Role of The Landscape Professional

Aboriculture – The Root of Climate Action?