The Frog and Toad to Conservation 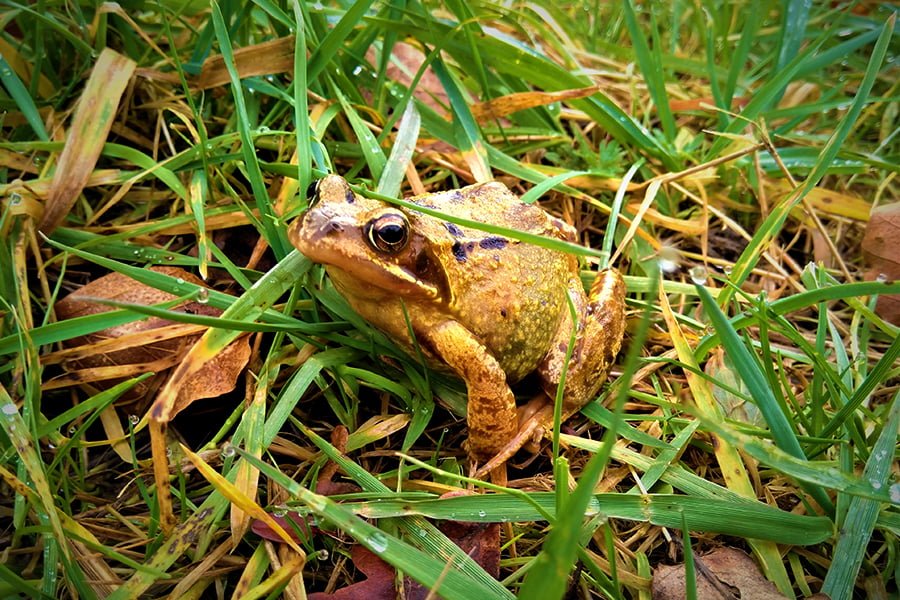 The annual Herpetofauna Workers’ Meeting hosted by The Amphibian and Reptile Conservation Trust (ARC), pulled in over 200 people ranging from professional consultants through to students. The focus of the weekend was to present findings and future ideas to those who work in the herpetofauna (amphibian and reptile) community.

TEP sent along ecologists Kerry Stead and Lee Greenhough to investigate and report on the key themes echoing across the event, the main one being loss; a subject that seems to be prevalent throughout the environmental sector at the moment.

Many of the speakers spoke about a continuing decline of numbers in species such as the Adder, Natterjack Toads, Sand Lizards and Grass Snakes; sometimes even after intervention, signalling a worrying trend.

“Amphibians are strongly declining worldwide with around 50% of described species considered as threatened.”

Remi Martin – University of Wolverhampton/University of Salford/ARC unravelling historic, current and potential future declines of the common toad, Bufo bufo, in the UK.

Ecologist Phil Smith continued this sentiment by discussing how Britain’s largest Natterjack Toad colony in the Sefton Coast sand-dunes has shown a declining trend for the last 31 years, with the population falling about 70%. Common causes of decline are due to loss of habitat, disease, invasive alien species or effects of climate change. This makes projects like Gems in the Dunes, which Andrew Hampson from ARC talked about, vital in conserving sensitive wildlife areas.

Another way to help tackle this decline, specific to great crested newts, is through district licensing, which has been open to much debate and some criticism. However, Natural England has been promoting the scheme, which will divert funds from on-site mitigation into creating new dedicated habitat provisions elsewhere. Supporting new methods of conservation like this helps communicate the wider benefits of conservation, such as supporting other species, as well as the visual, physical, health and wellbeing benefits to humans. An example of this is our Lane End (Heathlands) project in Flintshire – a large-scale residential development next to a Special Area of Conservation (SAC), designated for its large population of great crested newts (GCN). This project involved the construction of 45 ponds with additional landscaping to replace a water-filled quarry and TEP have worked closely with Natural Resources Wales on the long-term management of this important site, to ensure the population levels of GCN continue to grow.

“Did you know a Ferrero Rocher box is ideal for photographing Slow Worms?”

Another dominant theme from the conference was knowledge sharing, making sure as professionals we are diligent with our survey data; sharing findings with local record centres, better record keeping and development monitoring. Attending events like this, which focus on idea sharing, is important too.

Sharing knowledge will pave the way for improved management actions and best practice policies being implemented and adopted nationwide.

“As an ecologist with a particular interest in amphibians I found the weekend to be really informative and it was great to spend time discussing the topics raised with like-minded professionals and volunteers from throughout the ecology and conservation sector.”

As a charity ARC has been conserving herpetofauna for the last 25 years.  To learn more about their work or to get involved visit: https://www.arc-trust.org/