New Pylons in The UK Landscape 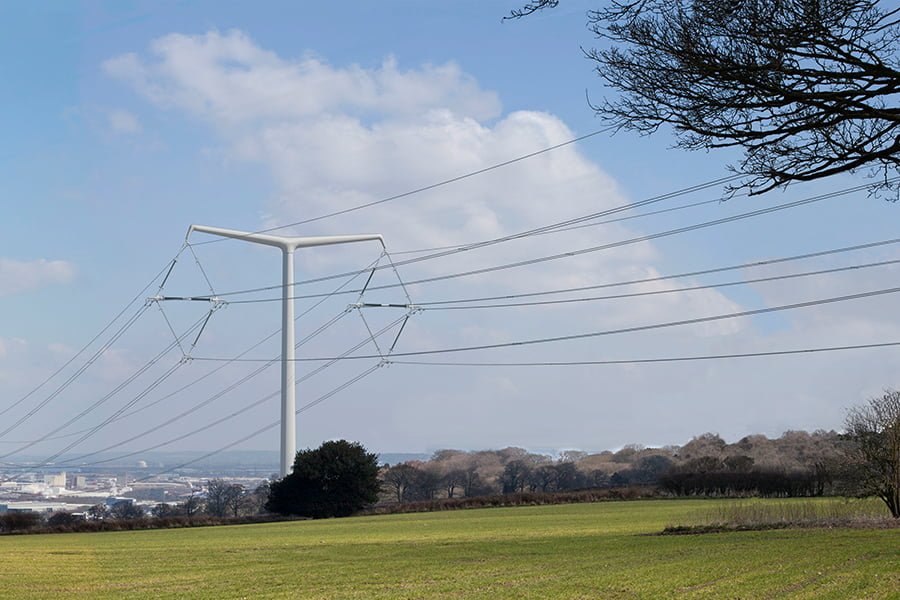 A new design of electricity pylon has appeared in England for the first time in nearly a century! A design competition in 1927 resulted in the very familiar lattice design we see across the countryside.  These 88,000 existing pylons have a range of heights and subtle differences, but all are based on British architect Sir Reginald Blomfield’s design. The new T-pylon won a design competition in 2011 and now 36 have been constructed and strung with the wires which will be part of the connection of the Hinkley Point C power station to the national electricity network.

The 2011 pylon design competition was run by the RIBA for the government and National Grid. There were six finalists, and the winning design was by Danish specialists Bystrup.  The T-pylon is approximately 36m high as compared to the approximately 50m tall high-voltage lattice pylons.

The Hinkley Point C Connection will be the first use of the T-pylons and permission was granted for that Nationally Significant Infrastructure Project after an Examination involving many written questions and public hearings. TEP undertook the Environmental Impact Assessment for the scheme, demonstrating the effects that would arise from the project including the use of the new pylon design. Experts from TEP supported the Examination giving evidence on anticipated effects.

Many photomontage visualisations were prepared of the new pylons in the landscapes where they now have been built. These were subject to challenges during the Examination and TEP had to demonstrate how the images had been prepared and why they were robust.  Liaison and negotiations also determined the colour to be applied to the new T-pylon.

The first test pylons were built at National Grid’s base near Nottingham but now the real things are out there in Somerset!