The Roman Road To Wigan 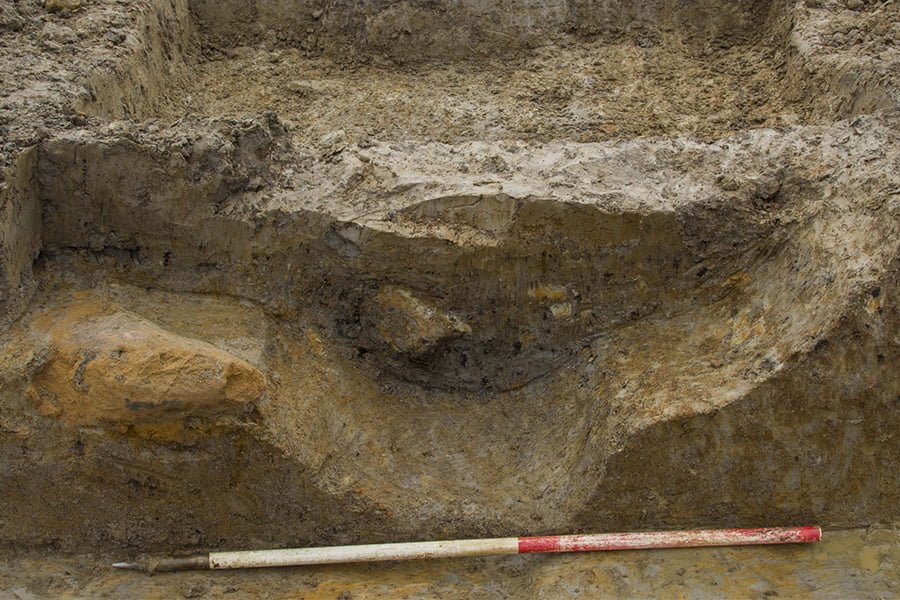 This month, findings from one of TEP’s projects have been featured in Itinera, the journal of the Roman Roads Research Association. The Roman Roads Research Association (RRRA), established in 2017, is a charity that coordinates a nationwide programme of research; to advance knowledge of the Roman road network and promote the study of Roman heritage. Currently in their fifth year, the RRRA have published their very first edition of the journal and are now accepting submissions for volume 2.

Following desk-based research and evaluation works, the Historic Environment Team at TEP managed a programme of archaeological works on behalf of Bellway Homes at Landgate, Brynn, Wigan. The site of the proposed residential development included the route of the Wilderspool (Warrington) to Wigan Roman road. Archaeological excavations were undertaken to investigate further and to record the remains of this feature.

The existence of the road was first described by 18th-century antiquarians and parts of the route had been investigated during various archaeological works, including Winwick hospital where substantial remains survived. At Landgate, four archaeological areas were excavated along the route of the road and revealed the sandstone foundations and associated drainage ditches alongside the road. The recovery of Roman and medieval pottery from the ditches implied that the road persisted as a landscape feature and was used as a thoroughfare for a considerable time after the collapse of the Roman administration in Britain.

The results of this work have been published by Salford Archaeology’s Ian Miller, the archaeological contractor on the project with help from Wigan Archaeological Society. The article features in volume I of Itinera, pages 15-28.

To learn more from our Heritage Team click here.

Photos are credited to Salford Archaeology and the University of Salford.