How To Stop Worrying and Start To Love Living With Bats 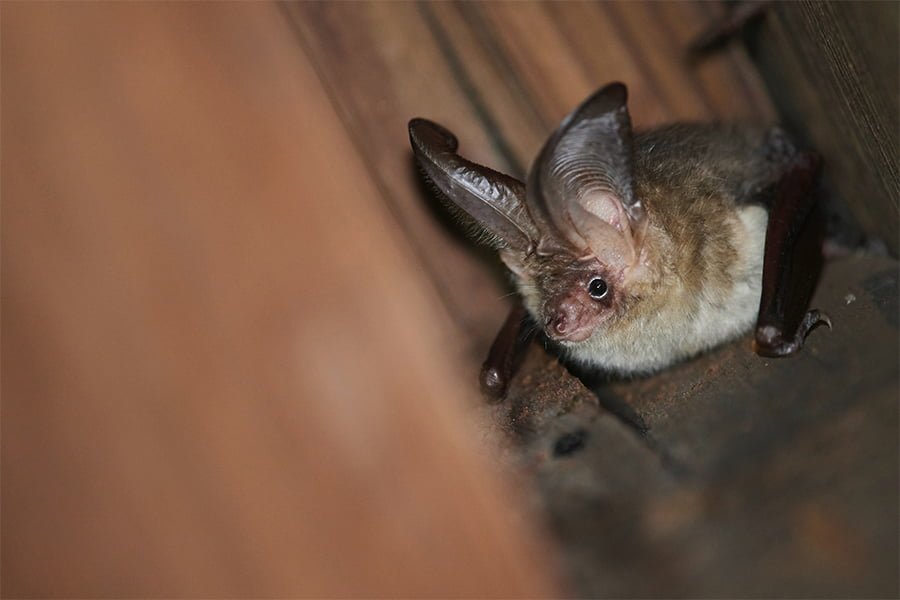 Finding a bat roost during works is most developers’ worst nightmare, which is what a client thought when they stumbled across bats within the roof void of their church conversion. However, TEP was able to step in and find a solution that allowed the bats to keep their home and for the client to complete their conversion without a mitigation licence.

At the height of a very busy ecology survey season, a Leicestershire-based design company, Apt Design established by Paul and Sarah Jozsa, contacted TEP about an unexpected bat roost they discovered during their office conversion. As a bat licensed ecologist (as well as self-proclaimed bat-geek) I went along to see how I could help.  Following an initial conversation, my money was on the bat roost being a brown long-eared bat maternity roost. However, further investigations were needed before I could officially confirm and embark on finding a solution that would benefit both Apt Design and the bats.

My first step was to check for planning permission (and whether any ecology surveys had been requested, which they hadn’t), obtain the remaining detailed programme of works and set up a site meeting to meet Paul and see the building and roof void for myself.

During the initial investigation, I confirmed a large number of bat droppings, some of which I sent away for DNA analysis.  I also picked up some bat calls in the roof void using a heterodyne bat detector that sounded like brown long-eared bats.  Bat calls within a roost are often distorted and less reliable for confirming identity, so we had to wait for the DNA analysis to give a definitive answer.  I minimised my time in the roof void and didn’t venture too far beyond the entrance, as it was the start of June and thought it likely that pregnant bats or even dependent young may have been present and therefore very sensitive to disturbance.  After allaying some of their concerns, I confirmed that Paul and Sarah were happy for the bats to remain in situ, provided they could complete some minor repairs to the roof (repointing a verge and replacing a broken tile).

Initially, I produced a Non-licensed Method Statement (NLMS) and delivered a toolbox talk to allow selected works to continue without disturbing or impacting the bat roost.  I then informed Paul and Sarah that we would need to complete nocturnal surveys to determine whether a mitigation licence would be required for the rest of the works.

Over the summer months, TEP undertook several nocturnal surveys at the former church, for one of which, Paul joined us to see the bats for himself.  During the surveys, we managed to witness 40 brown long-eared bats emerging/re-entering the building from underneath the eaves at the front of the building (an area that wouldn’t be affected by the minor repairs required).  Once complete, the surveys and DNA analysis both confirmed the species and status of the roost (turns out I was right!).

For me, these were some of the best bat surveys of the season.  Not much (for a bat ecologist anyway) beats the experience of 40 brown long-eared bats swarming around you at dawn, topped off with a hedgehog scuttling past just after the bats had returned.

Following the completion of surveys and careful review of the remaining works, TEP determined that the works would not obstruct, damage or modify the roost.  Therefore, no licence would be required to complete the project, providing the works were completed outside of the maternity season (May-September) and after an inspection of the roof void by a licensed bat ecologist, to avoid any disturbance.  This solution managed to prevent further delays for Paul and Sarah (who had already suffered significant delays because of the pandemic) and the significant costs associated with obtaining a mitigation licence.

So, finding a bat in your attic doesn’t have to be costly or stop development. Seeking the right advice means everyone can learn to live happily together under the same roof!