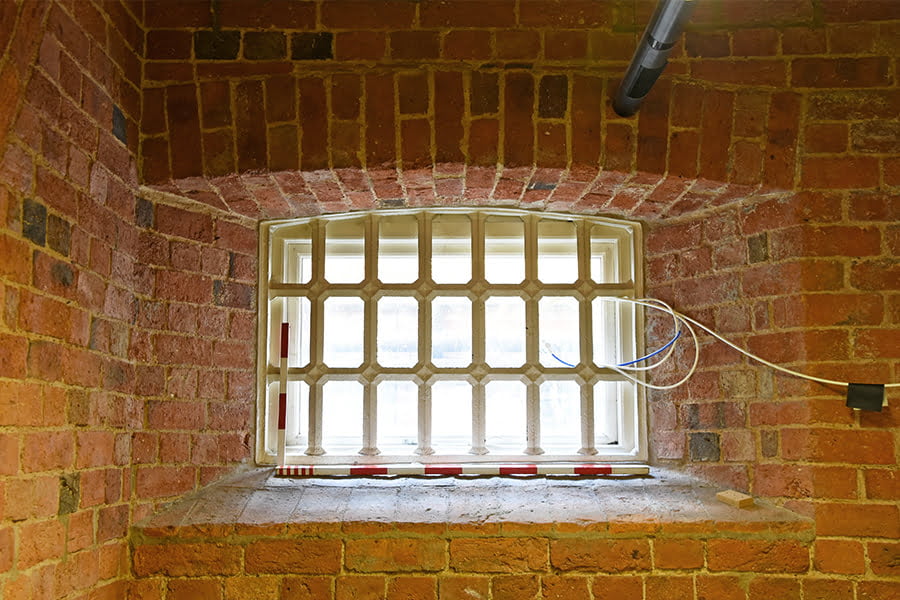 TEP’s Senior Historic Environment Consultant Amir Bassir has been published in the newly released county archaeological journal Northamptonshire Archaeology. Volume 41 of the journal, ‘The Archaeology of Medieval Northampton’ features an array of interesting articles focussing on the archaeology of the town of Northampton from the prehistoric through to the medieval period.

Amir’s article is titled ‘The history and development of the Northampton County Gaol and Northampton Museum and Art Gallery’ and provides an overview of a detailed historic building survey carried out ahead of its recent renovation.

The gaol was opened in 1846 and, following the Pentonville model, was set out as two galleried wings of four-storeys each, with rows of narrow cells along the walls, accommodating about 150 prisoners. Each cell had a small, barred window and was fitted with a water closet and metal basin. However, the gaol was short-lived and closed in 1865. In 1884 the building was taken over by the Salvation Army who carried out significant alterations, removing many of the cells. A mineral water business also operated out of the basement level. An archaeological watching brief in the gaol car park found large numbers of old mineral water bottles buried below the modern levels. In the late 1920s, the building was repurposed for use as Council offices by the notable local architects J W Fisher and Talbot Brown.

The creation of public museums and the move away from private antiquarian and curio collections began with the 1845 Museums Act and a small collection was held at Northampton Town Hall. In 1899 an extension to the prison was built to house a library, which was then repurposed as a museum. The museum and art gallery later took over part of the adjoining gaol wing. The recently completed Northampton Museum and Art Gallery redevelopment project saw significant refurbishment of the old gaol, doubling the size of the museum and providing modern visitor facilities and activity spaces.

To learn more about Northamptonshire’s history or to read Amir’s article, you can order a copy of the journal by visiting the Northamptonshire Archaeology website: https://www.northants-archaeology.org.uk.